Join the Human Library which includes 4 Sessions with 4 Artists from 4 Disiplines – Puppetry, Theatre, Music and Literature.

Pay It Forward: Click here if you would like to donate a ticket to a child in vulnerable circumstances. 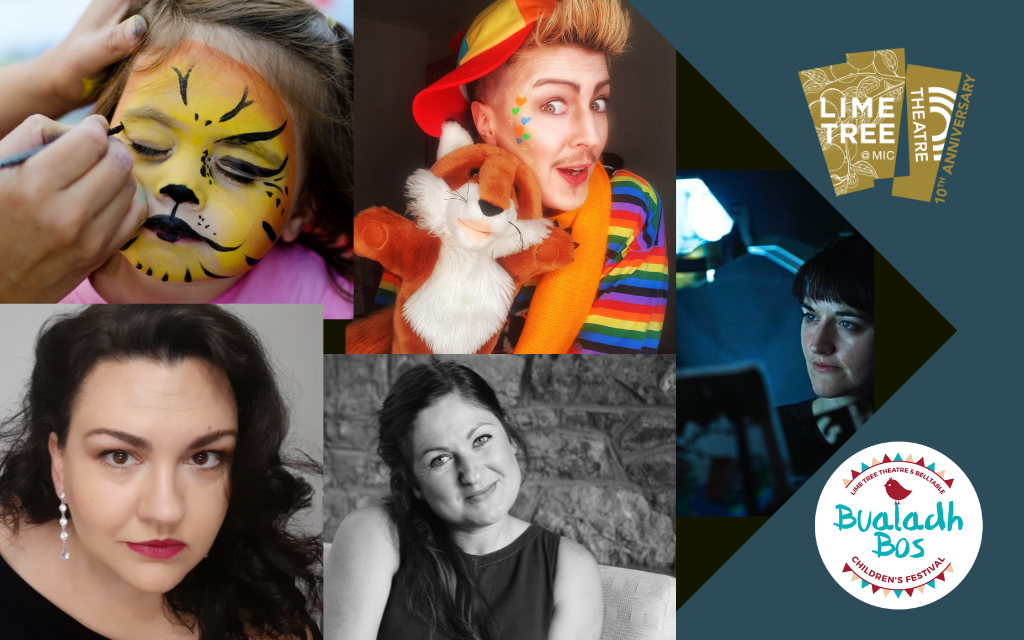 The Human Library is a series of fun “drop-in” sessions with some of our favourite artists. Children of all ages are invited to meet four professional artists – who all have very different stories to tell.

Participating children will have the opportunity to meet all four artists in four twenty-minute sessions four different spaces. Children are welcome to ask questions, to talk about their own artwork, to explore, invent and to dream up some of their own artist creations. The Bualadh Bos Human Library allows children to be curious and imaginative, and represents a fun filled opportunity to learn something new about many different artforms.

Get to know the Human Library Artists:

Emma Fisher is a puppeteer, animator and production designer (for theatre and film). Emma create’s theatre for young audiences with Ceol Connected since 2014 with productions like The Far Field, Treehouse and Wunderground. Her film Marcach Dearg recently won best animated short at The Richard Harris International Film Festival 2021.

Justyna Cwojdzińska is an artist/voice over artist and a producer. She studied Theatre at the Cultural College in Wrocław and holds an MA in English Language and Literature from the University of Wrocław. Justyna has been involved in theatre productions since 2000 in Poland and, on moving to Ireland, she continued her work in the cultural sector. She is a founder and artistic director of Polish Arts Festival. Justyna received an Outstanding Pole Award in the Culture Category for the work on the Festival from the Polish Government (Polish Promotional Emblem Foundation TERAZ POLSKA) under the honorary patronage of the President of the Republic of Poland. She’s very much interested in producing bilingual work for children and adults, some of the examples being: Nameless, Julia and other children’s stories.

Tríona Walsh is a Limerick born Soprano. She completed her music education in Western Australia and has appeared in numerous recitals and operatic productions. Her most recent engagement was as ‘Sophia Vanderkist’ in Opera Workshop’s 2022 research and development project, No 2 Pery Square. Tríona has a special interest in working with children; creating and presenting workshops and interactive concerts; creating access to a cross section of musical genres.

Ben Panthera is a drag performer based in Sligo and Dublin. Ben draws from the experience of his creator in designing and hosting events in Public Libraries and on mindfulness retreats across Ireland. Their drag combines a love of literature, creativity, music and stand up comedy informed by an irreverent Buddhist, Feminist, Shamanic and Queer ethic.

Ben says: “One of the most fun things about Drag is getting to explore new things, so let’s turn Storytime on its head – instead of one person reading a story and everyone listening, let’s get creative and make the story together! We’ll learn the basic ingredients of how to make up your own amazing stories using a basic structure and easy steps. Then we’ll create a tiny piece of flash fiction together, yippee!”