You’re reading cabaret and you’re probably thinking frilly dresses and funny dancing, right? Well, this is not that.

The Iron Annie Cabaret is an intense dose of craic, straight to the veins. It’s the celebration through theatre and live music of a story that doesn’t pull any punches.

Belltable is going Cabaret style for Iron Annie. Adding to the cabaret atmosphere, we are rolling our auditorium seats back to make room for tables and chairs, bringing you closer to the action. Seating is limited. Tickets are €15 each but on sale in pods of four only. 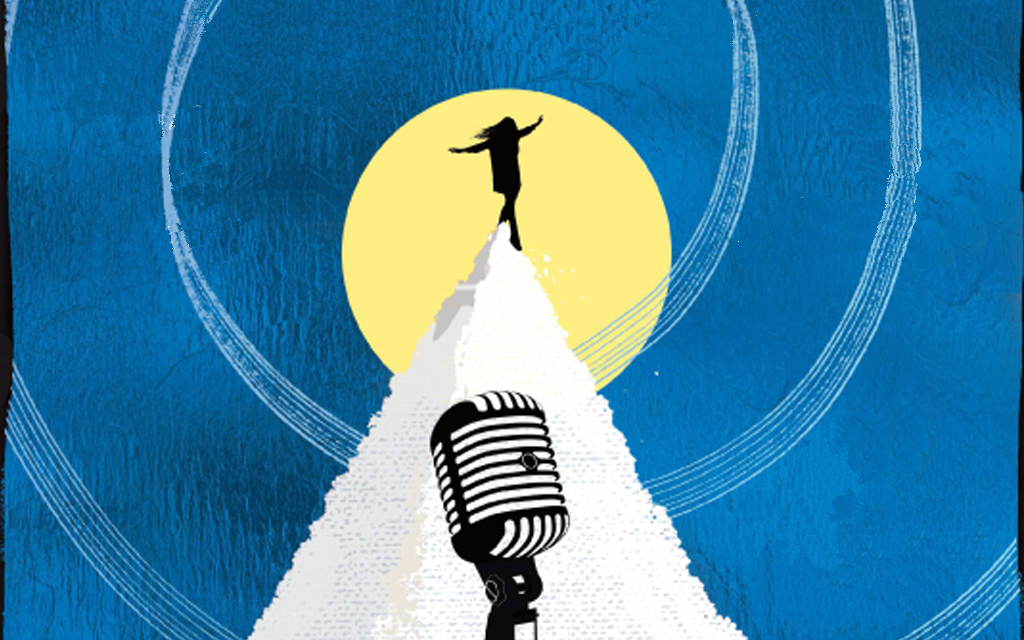 The show tells the tale of Aoife, a force of a woman from Dundalk, and her obsessive love for the charismatic Annie. Yeah, it gets messy.

Based on Luke Cassidy’s critically acclaimed debut novel Iron Annie, it tells the story of Aoife, a major figure in Dundalk’s small-town underworld, and her fatal attraction to Annie, a magnetic and elusive force that barged into her life.

This production features performances by Eleanor McLoughlin as Aoife, accompanied by musical performances by folk duo the Dandelion Few and newly formed rock band False Slag. Directed by Peter Moreton, artistic director of the Applecart Arts Centre (London), it is produced by Luke Cassidy.
The production is made possible with the support of the Arts Council of Ireland and Louth County Council.

At the Iron Annie Cabaret, expect all the things that might happen when you combine an unstable relationship with bootlegging booze and selling drugs.

Probably the most ambitious and well-written debut novel this year, Irish Independent

Directed by Peter Moreton, Aoife is brought to life by Eleanor McLoughlin in this unique production. The Iron Annie Cabaret will also feature entirely original music inspired by the book and composed and performed live by folk duo The Dandelion Few and border-punk quartet False Slag.

Luke Cassidy is a writer from Dundalk. Iron Annie is his first novel, first published by Bloomsbury Books (Ire/UK) in September 2021, and by Vintage Books in North America in January 2021. Luke is a restless and enterprising sort with a love of craic. He sought and obtained funding from the Arts Council of Ireland and Louth County Council to produce the Iron Annie Cabaret, which will tour theatres around Ireland in late 2021 and early 2022. Luke’s short story A Good Turn will appear The New Frontier, the forthcoming New Island Books anthology of border writing.

He has written and produced plays for fringe stages in the past. Prior to returning to Ireland to write, Luke lived in France, where he completed a PhD in narratology at the Sorbonne, Paris. Luke will participate in many high-profile book festivals in the coming months, including the Belfast Book Festival, Redline Book Festival, Dublin Book Festival.

False Slag Formed in early 2021, this four-piece border-punk band hail from Dundalk, Monaghan and Cavan. They like to think of themselves as a collective incarnation of the atmosphere of the Irish border banditry, with a heady dash of yesteryear’s cowboy film vibes. Their sound combines a unique mixture of urbane rawness and gritty mysticism. For this production, they have taken inspiration from the rough and ready cinematic qualities of Luke Cassidy’s Iron Annie and composed a suite of entirely original border-punk ballads drawn from the story of Aoife and her obsession with Annie.

Patrons are required to present proof of vaccination against Covid-19, along with photo ID on entry to this event. Wearing of mask/face covering is compulsory once inside the building. Please read any correspondence on this carefully before attending the venue.