From the Lime Tree Theatre stage, Liam O’Brien sings some crooning classics such as Almost Like Being in Love, The Lady is a Tramp and Fly Me to the Moon accompanied by the sensational LJF Octet.

Liam is one of Ireland’s finest interpreters of swing and jazz music. From Limerick, he has toured the world extensively playing Dean Martin in the West End production of The Rat Pack including the US, UK and Europe.

Limerick Jazz Festival encourage you to tune in to this concert at 8.30pm on September 21st however you will have access to the stream until Sunday 26th September.

Read on for more information about this concert. 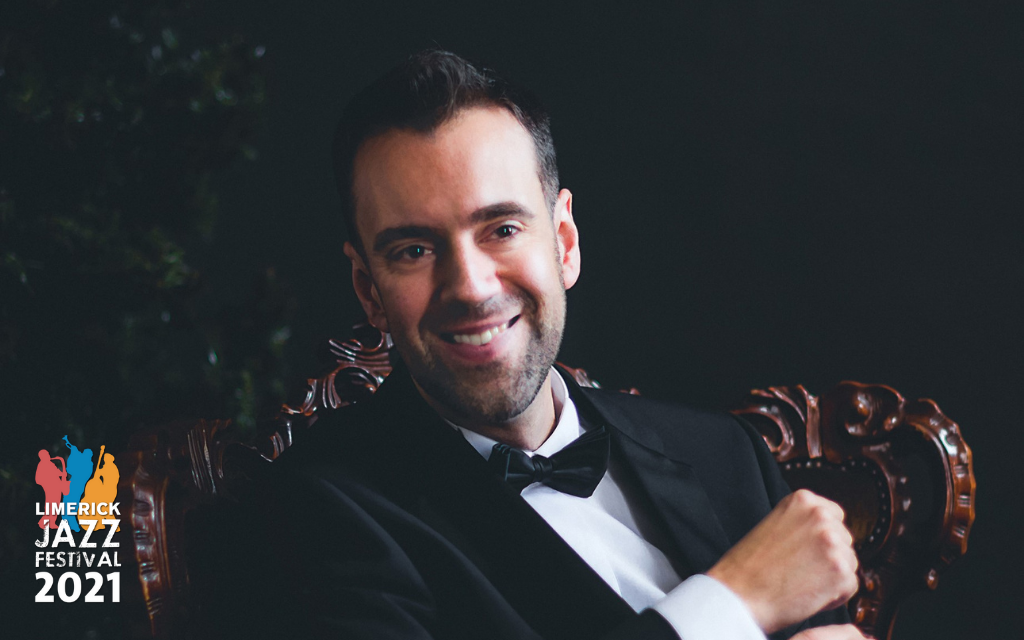 Liam toured the UK in the Kings of Swing for many years, had a residency as the Sands Blackpool and played iconic venues such as the Roundhouse in London and a sold out Royal Albert Hall for Carols with the Stars.

Liam O’Brien is also a director and producer, running Limerick’s award winning Bottom Dog Theatre Company, has toured theatres worldwide as an actor while working extensively in TV, Radio and Film, and famously appeared on Celebrity Stars in Their Eyes while a regular on ITV’s Emmerdale.

Joe O’Callaghan Tipperary arranger and composer, Joe is recognised as one of Ireland’s top jazz guitarists. He has fronted several bands and recently released a new album. Joe also writes a lot of original material.

Linley Hamilton From Belfast, Northern Ireland’s most prolific musician, arranger and composer. Linley is Head of Music at Derry University, has several albums to his name and has performed globally with some of the biggest names in music.

Paul Dunlea Cork Trombonist composer and arranger leader of the newly formed Irish Jazz Orchestra has played with Michael Buble Sinatra tribute Big Band in NY has written and arranged for many artist national and international a huge asset to the Irish music scene.

Phill Collins from Cork (Welsh born). Teaches in Waterford IT. A top class pianist, arranger and composer Phill can play in any musical situation and comfortable in any genre.