What happens to children in the absence of love? That is the question that lies at the heart of this funny and heartrending play by one of America’s most acclaimed and beloved playwrights.

Lost in Yonkers by Neil Simon ran for two nights in Belltable in March 2020 and closed prematurely due to the pandemic. Torch Players are delighted to bring this play back to Belltable for 4 nights this November.

Patrons are required to present proof of vaccination against Covid-19, along with photo ID on entry to this event. Wearing of mask/face covering is compulsory once inside the building. 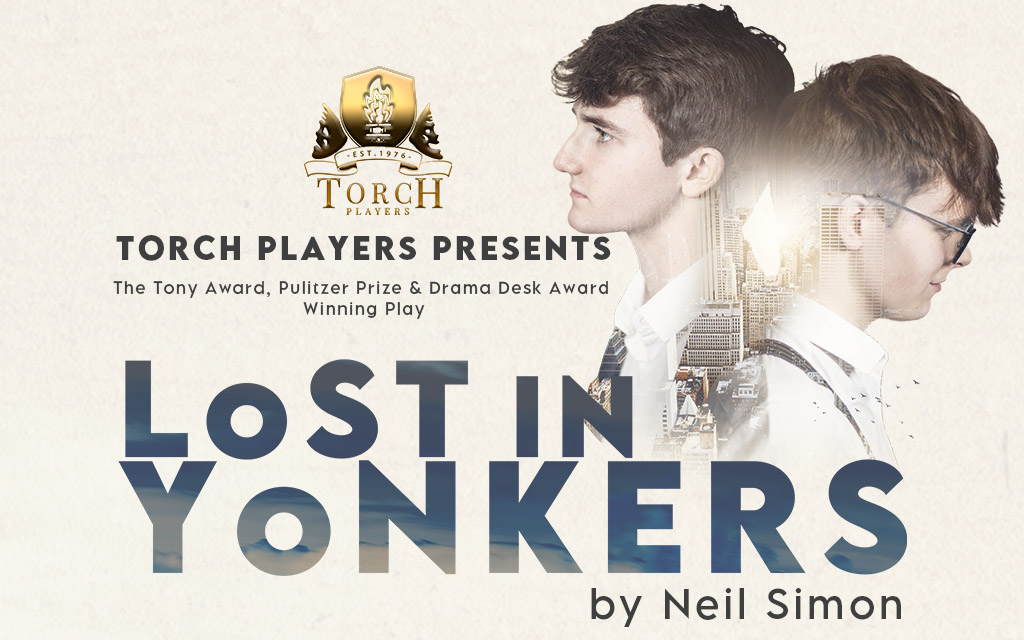 Lost in Yonkers, set in New York, 1942. After the death of their mother, two young brothers are sent to stay with their formidable grandmother for the longest ten months of their lives.

An unique play, Lost in Yonkers is about the trials and tribulations that test family ties, this story centres on two teenage boys who, against their will, are left with their stern no-nonsense grandmother and loving childlike aunt while their father works as a travelling salesman.

Grandmother Kurnitz is a one-woman German front, a refugee and a widow who has steeled her heart against the world. Her coldness and intolerance have crippled her own children. The boys’ father has no self-esteem, their Aunt Gert has an embarrassing speech impediment, their Uncle Louie is a small-time gangster and their Aunt Bella has the mentality of a child.

But it is Bella’s hunger for affection and her refusal to be denied love that saves the boys, and that leads to an unforgettable, wrenching confrontation with her mother.

Lost in Yonkers is filled with laughter, tears, and insight. It is a heartwarming testament to Neil Simon’s talent. This play was winner of won four Tony Awards, including one for Best Play and also won Pulitzer Prize for Drama in 1991.

Major work, beautifully staged and lit production. All that passion, it lost no momentum. Everybody was great. Gifted ensemble. – Rose Rushe, Limerick Post

Neil Simon is best known as a master of comedy his Broadway hit of 1991 reaches comedic highs while also reaching heartbreaking lows. ​UNMISSABLE.

Click here to check out the latest news from the Lime Tree Theatre | Belltable.

Depending on the Government’s decision on lifting remaining restrictions on October 22nd, we may still require proof of Covid-19 vaccination on entry to the venue. Wearing of masks/face covering is compulsory once inside the building.