Join Mick Hanly and Johnny Duhan for a fantastic selection of songs spanning careers of over 30 years, audience can expect popular hit songs like Past the Point of Rescue, Crusador, Homeland, The Voyage, Just Another Town and Don’t Give up Till it’s Over just to name a few.

Mick Hanly and Johnny Duhan will each sing solo and then join together to swop songs and tales from their long music careers.

Proof of Covid-19 vaccination is required on entry to the venue. Wearing of masks/face covering is compulsory once inside the venue. 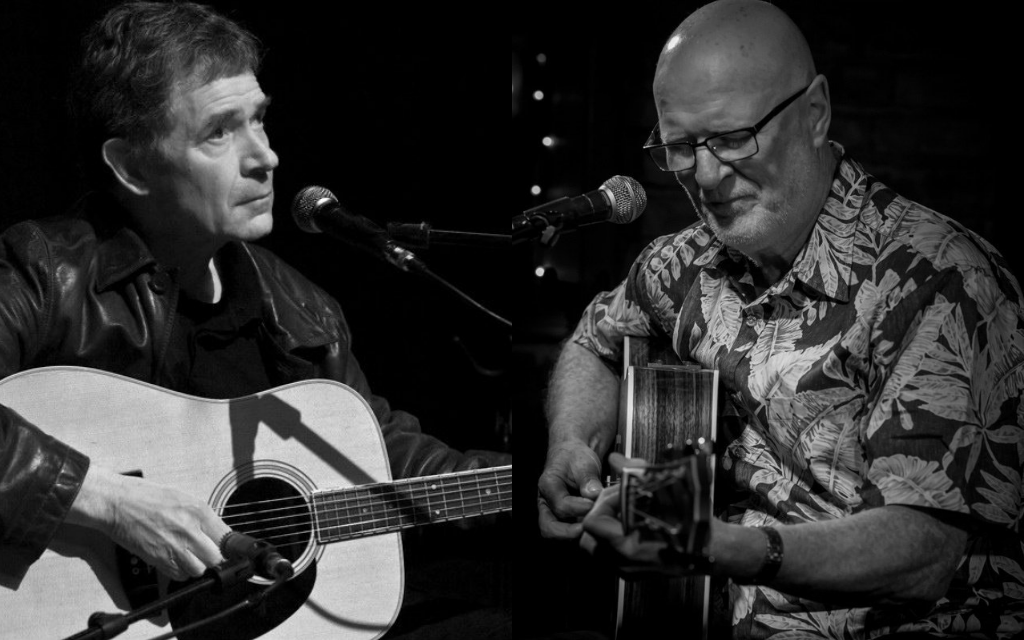 Part one of the show will be made up of solo spots, with a toss of a coin determining who performs first. Part two will see them side by side swopping songs and tales of their long musical careers going back to when Mick Hanly fronted bands like Moving Hearts and Johnny recounts adventures he had with his band Granny’s Intentions.

Christy Moore has termed Johnny Duhan “One of our greatest songwriters…“.

Currently Mick Hanly is recording a new album featuring new songs and some of his favourite covers, He is joined by some of Ireland’s most respected musicians, Donal Lunny, Eoghan O’Neill, Dave Keary, Ray Fean, and James Delaney. The album is due out in Feb 2022.

However, on first hearing Planxty Mick Hanly immediately fell in love with this fresh take on Irish traditional music. Together with Mícheál O’Domhnaill (ex Skara Brae) he formed Monroe, and opened Planxty on many of their Irish tours.They released one album on the Polydor label, called Celtic Folkweave, before O’Domhnaill left for the Bothy Band in 1975. The album subsequently became a seminal album in the folk lexicon and is being rereleased on vinyl and CD by Universal Records in 2022.