TRAVFEST, A FESTIVAL OF TRAVELLER CULTURE, CURATED BY THE ARTIST, WILLZEE, TAKES PLACE AT BELLTABLE IN NOVEMBER

Taking place at Belltable from 17-20th November, TRAVFEST is the coming together of a number of strands of the work created through Guth na Mincéirí over several months.

From November 17th, Comóradh, an exhibition of work commemorating loved ones who have been lost – often through suicide, will showcase the work of a group of women who have been working with artists Julianne Hennelly and Melanie O’Rourke for several months. On Friday 18th November, as part of a showcase of short films made by and about the Travelling community, David McDonagh’s short film, Being Put Back Together, is a moving account of one young man’s road to recovery through his own creative journey. This film was shot over the summer months in Limerick, Clare and Galway. Saturday November 19th features A Vision for my Daughter’s Future, a beautiful audio account of several Traveller women’s hopes for a better future for their daughters and grand-daughters, at 3pm in the Belltable auditorium, followed at 8pm by the TravFest Concert celebrating the musical talents of the great Sharyn Ward and Steo Wall, blended with Rude Awakening, a group of emerging rap artists, mentored by Willzee throughout 2022. In keeping with the themes of commemoration a Wreath Making workshop will take place on Sunday Nov 20th inspired by the custom of placing wreaths on the graves of loved ones during November, in the lead up to Christmas.

TravFest is the final event in Guth na Mincéirí, a six month celebration of Traveller culture, focusing on wellbeing through creative activity. The programme is an initiative of Creative Ireland, The Arts Council and the HSE. TravFest and Guth na Mincéirí, has been produced by The GAFF in collaboration with partners Limerick Traveller Health Programme, Learning Hub Limerick, the Local Creative Youth Partnership, Creative Communities Midwest and Fresh Film.

TRAVFEST is supported by RTE Supporting The Arts. 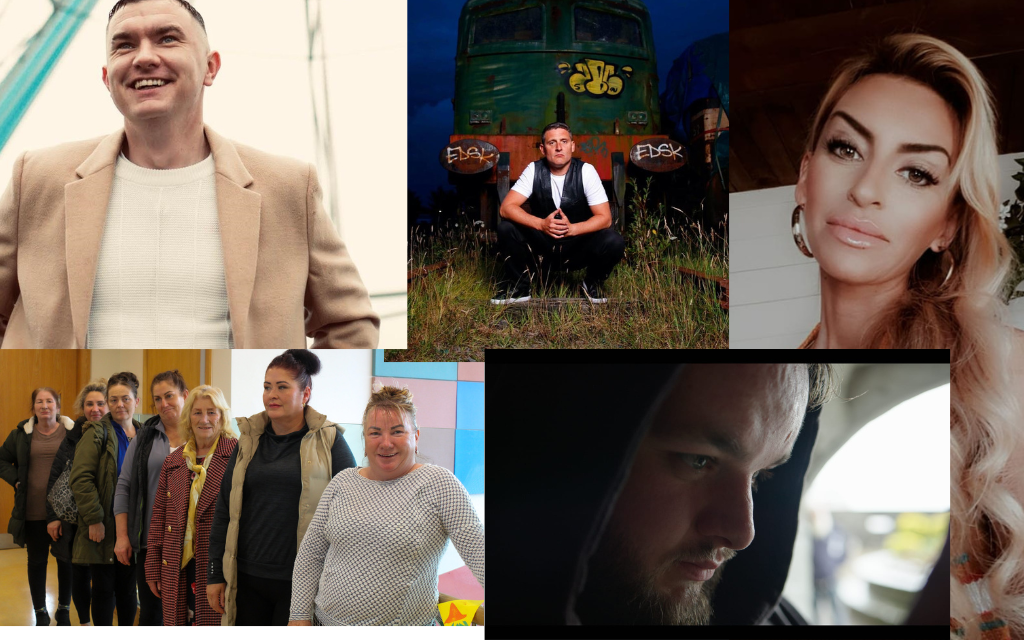